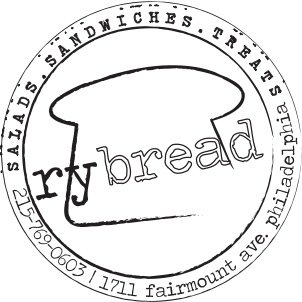 it wasn't always about sandwiches

the opportunity to travel arose with the loss of ryan’s job in the architecture profession due to a changing economy followed by months of attempting to find a job with no response.  as the reality of unemployment sunk in and the realization that he had NOTHING holding him back (besides money), ryan and his girlfriend decided to take a road trip.  considering the situation, the road trip naturally deemed itself an ‘unemployment opportunity’, leading them across the country through 20+ states over 7 weeks.  while visiting numerous cities and tasting the local cuisines, they were very much inspired by their journey.  having been influenced by the road trip, rybread’s menu was created.  when the idea to use the cities we visited as the names of our sandwiches was suggested, that’s just what we did.

check out the photos of the cities visited throughout the cafe and have your own road trip daily at rybread as we create daily specials based upon our journey.

ryan
having been exposed to and worked at his family’s catering business for several years as well as worked at numerous other food related positions, ryan has gained a great passion for food but more so for making sure people are fully satisfied with their experience.  always having had a passion to serve others and his father’s eagerness to own a business, ryan has been conceptualizing the idea of a cafe for some time now. it wasn’t until his time of unemployment that the opportunity of a road trip helped develop rybread into a reality. with a formal education in architecture, ryan learned an attention to detail which has been carried throughout the conception and development of rybread. hopefully, soon it will also be evident in the satisfaction of each rybread customer.

with 35+ years experience in the food industry from managerial to advertising and marketing responsibilities, dennis is excited to bring his experience and passion of food to rybread. in addition, dennis brings catering experience through his family run catering company. dennis has always had a desire to open his own bed and breakfast or some sort of business centered around food, soon rybread will be just that.